Here’s a quick and dirty paintwork I finished some weeks ago. A banshee produced by Ral Partha for the Ravenloft boxset released in the early 90’s for TSR. The minis in the box were all nicely sculpted by Dennis Mize in 25mm. For some reason however, the banshee in the set is rather large, 28mm in fact, which makes her fit perfectly with my other ethereal spirits. 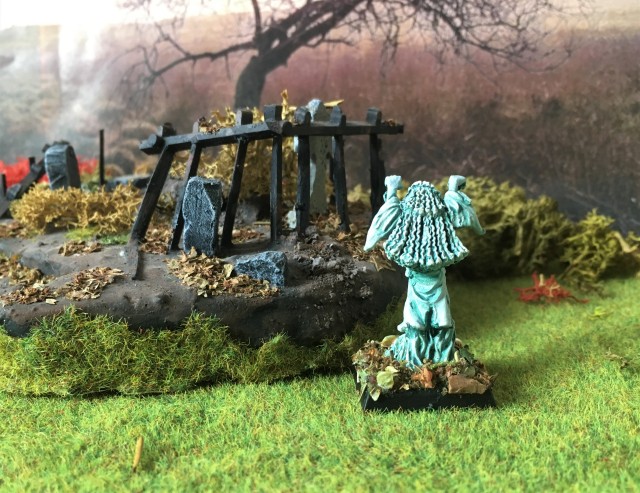 I have had the set since it came out and the banshee was laying around in my lead mountain with her original 90’s paintjob from back then. I am soon to play a scenario with undeads and thus decided to revisit the model and include her among the ghosts featured in the game.
As I said, the model works well, and the sculpting is well-crafted. My only quibble with the mini is in fact her long hair down her back, which seems a bit underdeveloped. There is a lot of wasted potential here for some dynamism, enhancing the ethereal nature of the model. 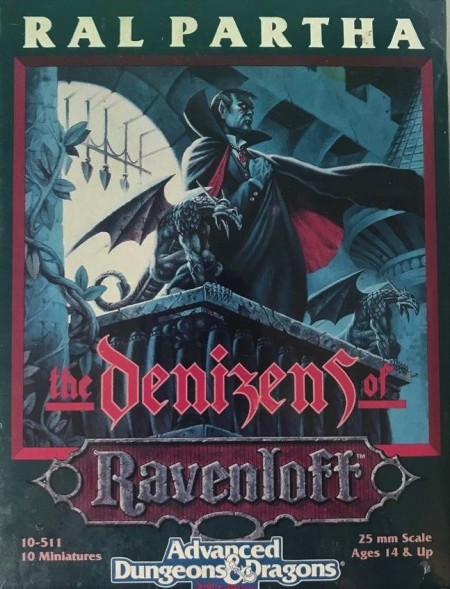 As you can see I went with a more modern GW approach to the painting, which works well, I think. I really like this ghostly style and it is fast to produce, which only makes it better. It is, by the way, fun to see what happens to the model and how fast it looses its ghostly feel when painted with multiple colours. 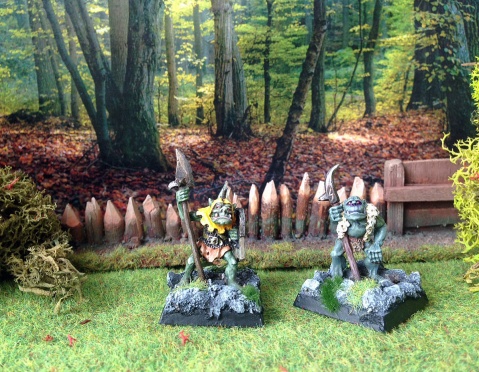 I found time to finish these two early slotta orcs by the Perry twins. To my mind this early generation of orcs are some of the best from Citadel. I really like their smallish stature and melancholy faces devoid of the later goofiness which Kev Adams later developed into the signature look of the Citadel greenskins. 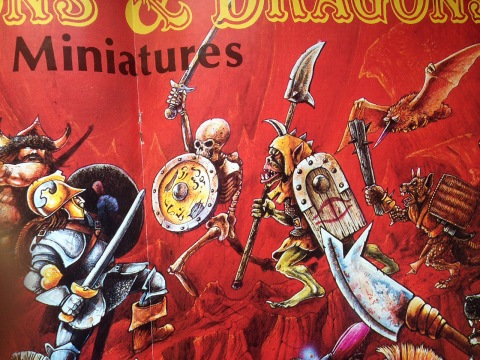 The one with the shield came from the Dungeons & Dragons Dungeon Monster Set from 1985 and I could not help myself, I had to try to emulate John Blanche’s take on the orc from the box cover down to the eye of Sauron on the shield. The other orc is roughly contemporary and a great little fella. I really enjoyed painting both them and hopefully they will soon be able to fight for King F’yar. 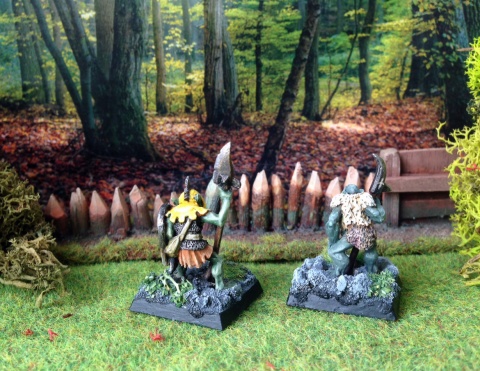