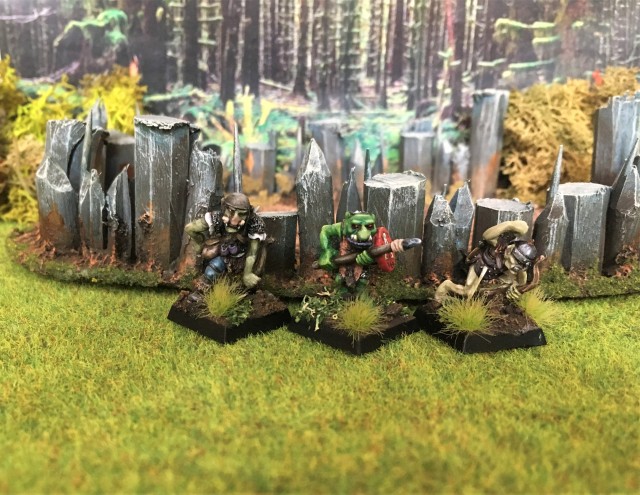 Here’s three old, early 80’s pre-slotta gobbos finished a while ago. They look rather different from each other, however, the Ral Partha one on the right is really the odd one out. This one is, of course, sculpted by Tom Meier; an old favorite of mine. While painting the Meier goblin it suddenly dawned on me that the little chap is going commando, so to speak. You can almost see it in the photo. Tom Meier sculpted a number of trolls with a bare bottom, but I didn´t know that he did the same with at least this goblin. Perhaps he did more; semi nude orcs? Elves?

I really love these old goblins and the sense of wicked menace they convey. Particularly the Meier goblin is really oozing grim evil, but the other two have something of the same. Most will probably prefer the humor Kev Adams brought to the greenskins, but I really dig this early stuff.