Here’s a few gretchins a recently finished. They mostly early member of the Rogue Trader family, but one the one with two gun is fairly recent. I really like look and pose of this one but hate the cartoony guns and had planned to do a quick conversion. Then it dawned on me that his hands of course are equally big in order to hold the guns and all of the sudden I also had to find a fitting set hands for him which in the end made me drop the whole thing and paint the chap as he is. Lazy me, I know! 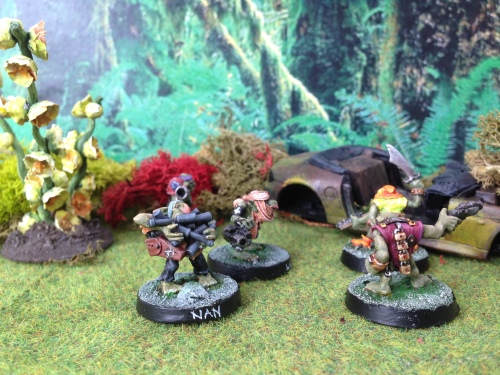 Well, there’s not much to say about the paint job. I tried to make them diverse or non-uniform, but Wex turned out rather bright – almost neon – earning him the nickname “sporty”, for the nylon he clearly is wearing. 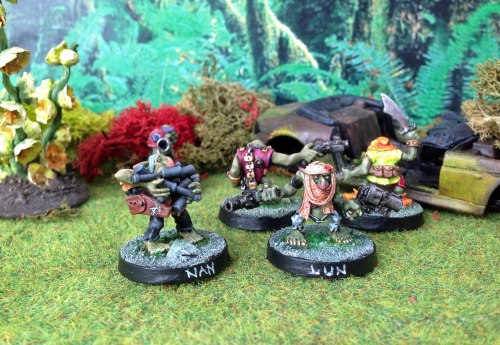 The whole gang saw battle last Monday as they participated on an attack on Maggie’s Farm. They ended up fleeing miserably after only a few turns of action and the whole thing is thus best forgotten. 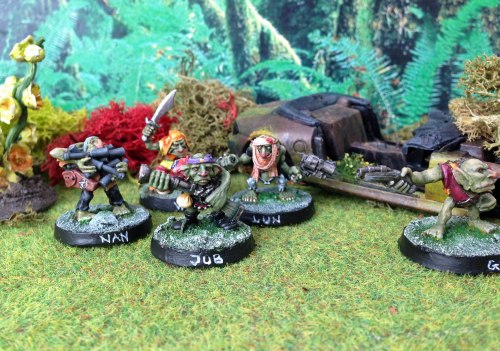 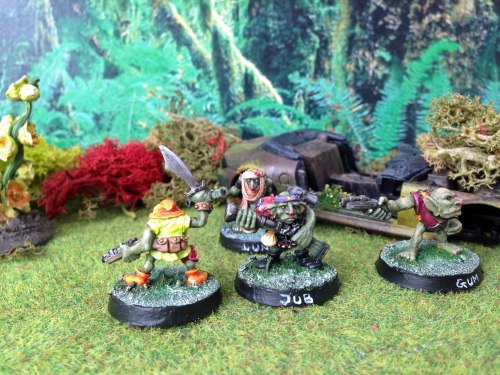 I’ll be back soon with more SF stuff.