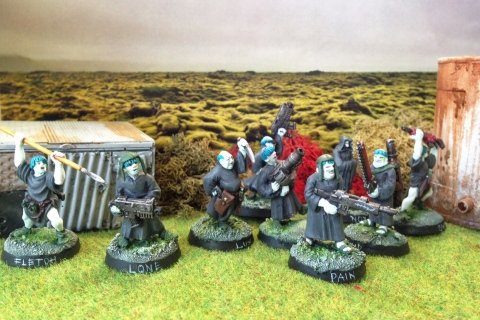 A few weeks ago Mr. Phreedh hosted a small game of Rogue Trader and I needed some pilgrims for the game. While prepping for the event I went through my lead mountain to find appropriate minis and came across some unpainted “Angry Saxon Monks” from Gripping Beast. I painted a lot of those some years ago for a fantasy scenario and it struck me that the rest would serve nicely as angry space pilgrims.

Being a bit pressed for time I gave them some very rough-and-ready conversions and painted the lot as some sort of weird cultists dedicated to the concept of the “Big Sleep” who are always on the lookout for new drugs to put them in touch with their notion of divine trance. Hopefully we will see a battle report on the game someday (nudge-nugde). 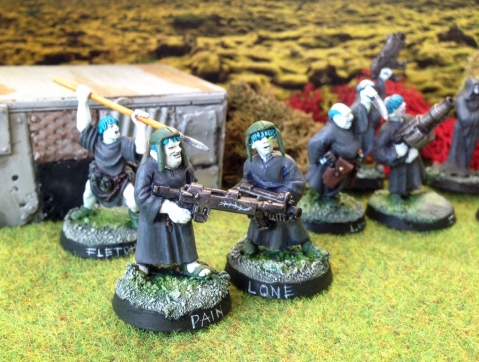 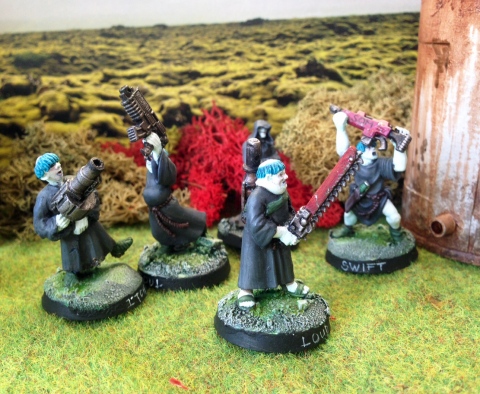 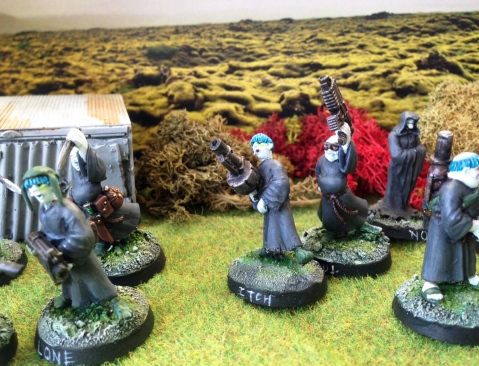 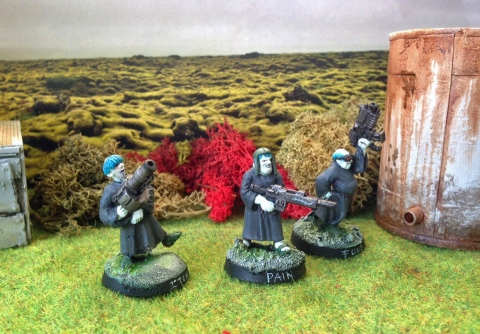 The guy in the middle is not from Gripping Beast. He came from a job lot on Ebay. I’m not sure who produced this monk or cultists.

I also included one picture from the game for you to see the ornaments on the back of the pilgrims which I forgot to photograph. 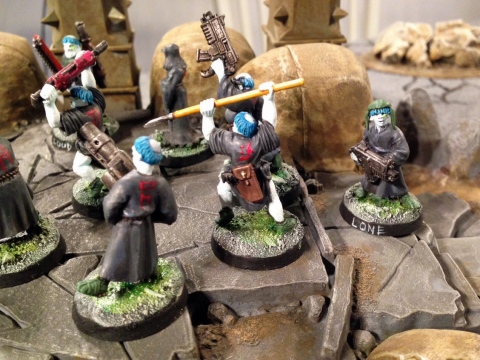 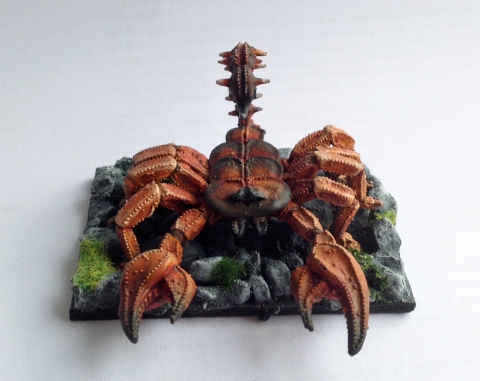 Wow, long time no see! December just went by with lightning speed and January more or less the same way, but let’s see if the coming months will give a bit more time for blogging about miniatures. At least the weather is improving which means better light and thus better photos. I don’t have any fancy photo lamps and have to limit myself to natural sunlight which is a scarce thing here in Copenhagen at the moment. 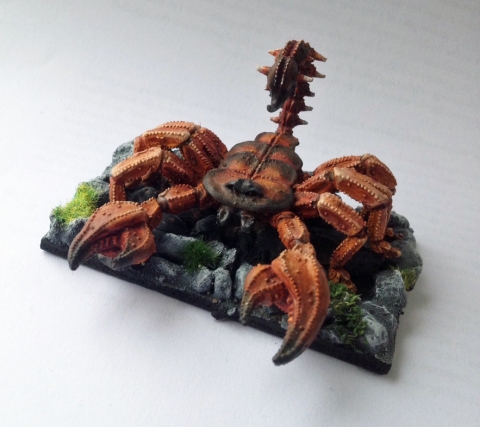 The big boy you see here is of course the citadel Giant Scorpion, released in 1987 I think. It’s a really big mini and certainly looks scary as hell. My wife even called it a disgusting piece, which should be considered as a credit to the sculptor who really succeeded in creating a menacing, spiky scorpio-beasty here.  I’m quite taken by the mini as a whole but to be honest, the face (snout?) part of the scorpion looks rather cartoony, which in a way runs counter to the vibe of the rest of the figure. 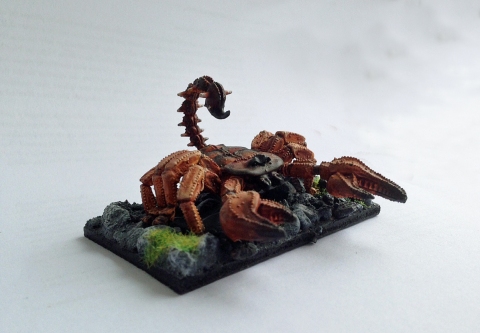 Like it’s contemporary cousin, the giant spider, the scorpion as a pain to assemble. At least my butterfingers had a hard time getting all the legs in place, without their pose looking completely ludicrous. In the end I think a succeeded and I’m happy to say that I like the result a lot. I chose a sort of natural colour scheme for the scorpion which perhaps is a bit dull, but such dull things seem to appeal to my rather drab way of thinking. 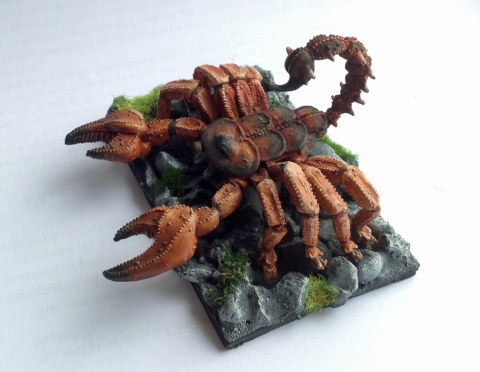 The scorpion is soon to star in a little Rogue Trader scenario at my house on March 6. A scenario entitled “Valley of the Scorpions” (I told you I was drab!). 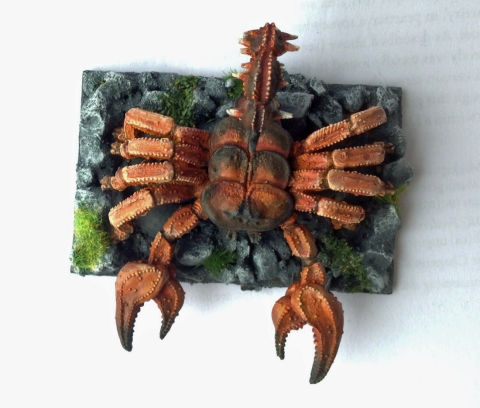