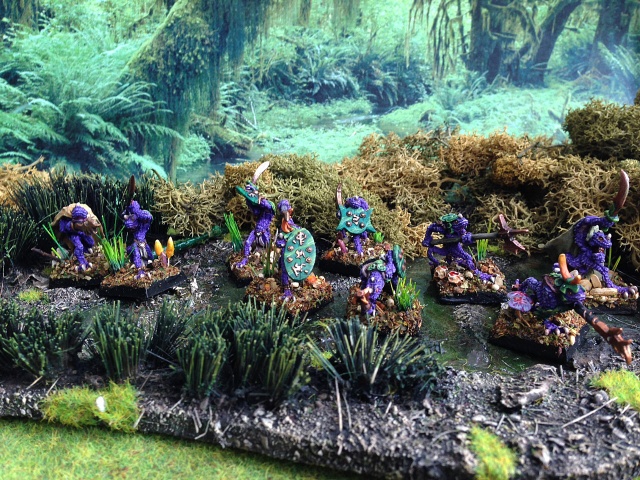 I have been working on some very old stuff lately and the first batch is now to be considered done. It’s the magnificent box of Tom Meier’s Lizard Warriors released simultaneously, I believe, in 1984 by Citadel and Ral Partha. To my mind Tom Meier’s lizardmen are some of the best reptilians out there. The lizard warriors are petite, slender creatures covered in exotic armour and wielding equally exotic weapons. Strange runes are shown on their shields and some of the minute belt buckles are shaped like snake heads. 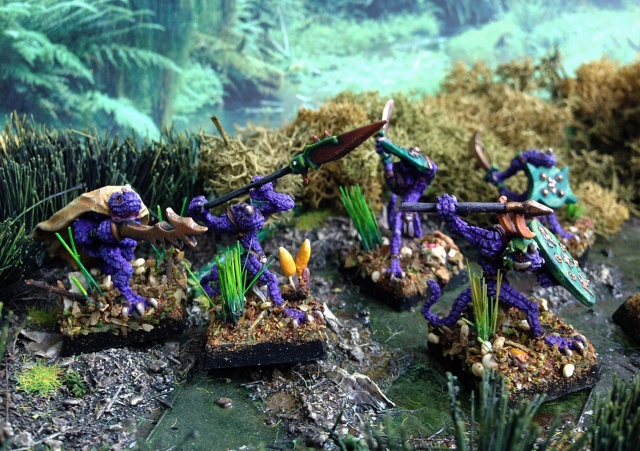 This is great fantasy stuff. You really get the feeling that these lizard warriors are part of a particular, alien culture. To emphasize the idea that the nine of them belong to the same tribe I painted them in the same colours and I’m quite happy with the result. 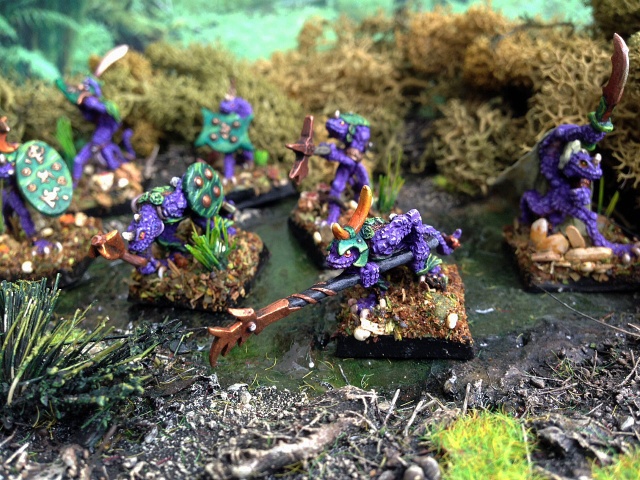 The keen eye will undoubtedly spot some small conversions on a few of the models. I bought the set rather cheaply on Ebay as a so-called job lot. This meant the some of the quite thin arms and weapons were broken off. Most of the loose bits were still in the box but some I had to replace. Thus the conversions were an act of restauration not a creative urge to tinker with the originals. 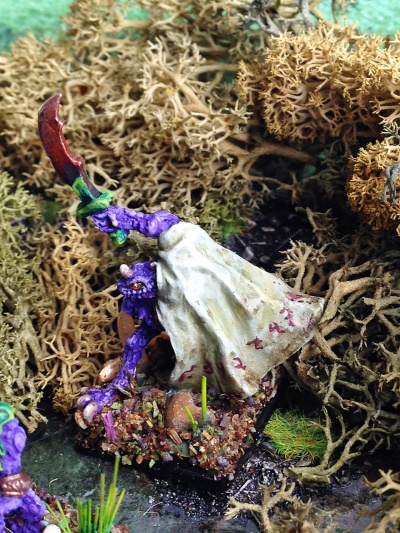 These cloaks are a rather intriguing. I find it at the same time odd and rather fascinating that the lizardmen should wear such large cloaks – I’m not sure why.

I’m so happy to finally have this set painted. Next time I’ll be back with a band of coke-crazed Amazons also straight out of the magical year of ’84. 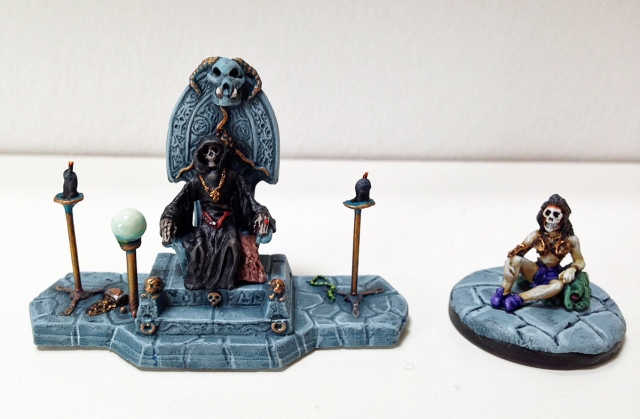 I wrote about the enthroned lich king from Grenadier some weeks ago and now he is finished. The throne was missing some pieces, which had to be made, and during the process it dawned on me that there would be no room for the little, undead princess on the throne, next to the lich, despite the fact that this was where I had envisioned her. She thus ended up on a base of her own. 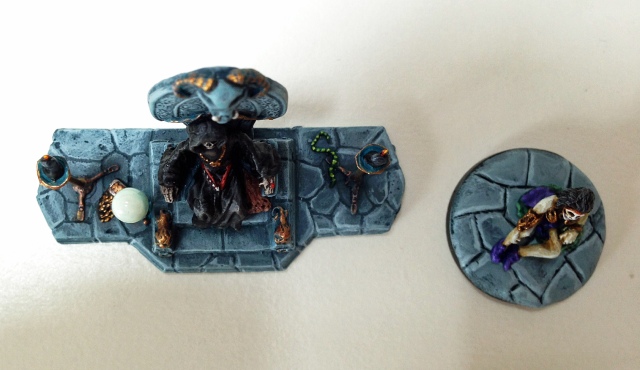 Both the throne and the princess are rather nice models although the sculpting is a bit dodgy in the details. In fact it in some places was hard to see what I was painting. But the over-all effect is quite good and the lich king certainly deserves a place as a centerpiece in some future confrontation. 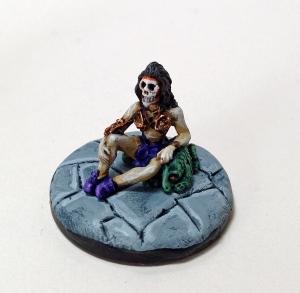 Next up Tom Meir’s lizardmen.