What you see here is some quick

, slightly blurry pics of the shrine of St Gotthart – a temple which is probably going to see some fierce fighting in two weeks’ time. It’s WIP pictures and the shrine still needs some work

on the details – such as the altar and the door – to be considered finished. However, you’ll probably get a good idea of what the shrine will look like once it is done.

Basically I wanted the temple to appear old and decrepit – illustrating the declining splendor of St Gotthart’s cult. While the outside looks as if the building is barely holding together, the inside was painted like damp, whitewashed walls. I still need to add some green here in there – both inside and outside – to illustrate mold and moss. The shrine was constructed around a children’s shoebox which worked fine, but I didn’t realize just how big the thing would end up being! Otherwise I guess it’s easy

to see how the building was made.

The walls enclosing the small monastic community were slightly simpler and somewhat less rough-and-ready. They will be painted in the same colours as the shrine and they’ll work fine together I think

I’ll keep upload some pics once

the whole thing is finished. 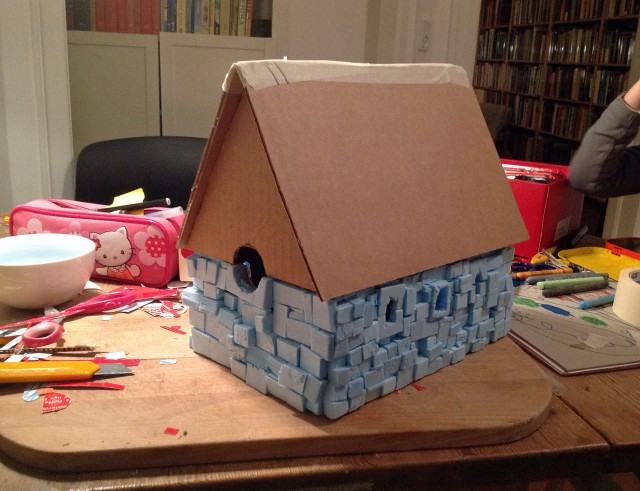 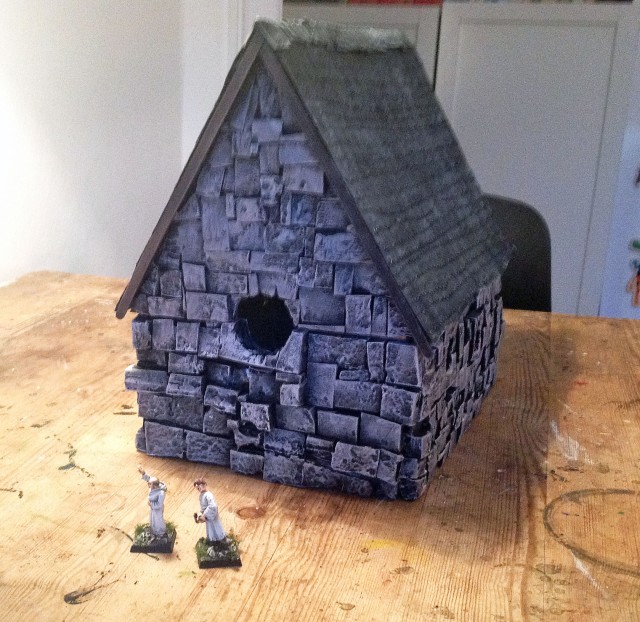 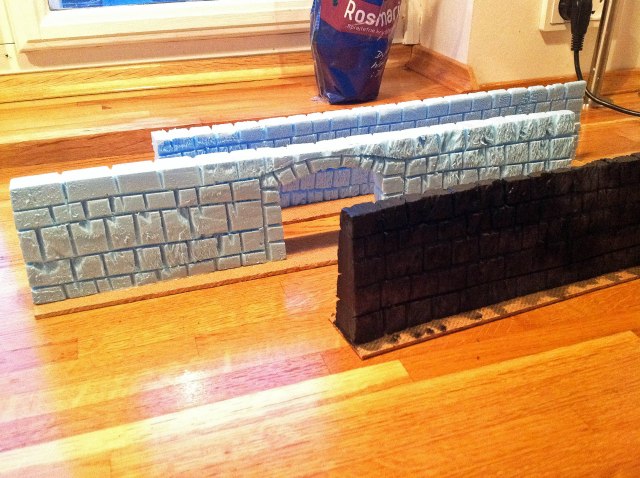 2 thoughts on “WIP: The Shrine of St Gotthart and some walls”