I’m preparing some new terrain for the scenario we’re going to play by the end of this month. A story of brutal revenge entitled “Marktag Bloody Marktag” where an undead force is attacking the small monastery of St Gottharts Freude on the south eastern slopes of the Black Mountains. The undead, led by the vampire Anne Lustig, are looking to slaughter as many monks as possible, burn the buildings and rob the relics of St Gotthart stored in the shrine for future use in the black arts. I drew this small plan as part of the preparation and I’l try to introduce the scenario properly at some later stage this month. Well, back to my Styrofoam. I’m building the shrine and belfry at the moment. Good times! 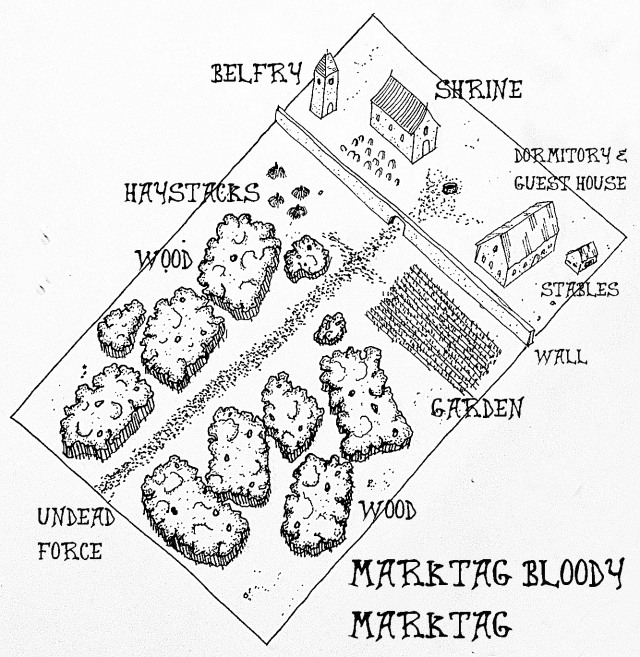